Inspired by the computer game Tetris, the four dancers click together and apart in ingenious ways. Fascinating forms and patterns appear. With their acrobatic tricks, they make the space their own. But the theatre is too small and the outside world beckons. Filled with energy, wrapping themselves around poles and jumping on anything that comes their way, the Tetris dancers bring life to the neighbourhood, along with us. Tetris shows there are many ways to inhabit your world.

With Tetris, choreographer Erik Kaiel created his first performance for children in 2011, as a guest chorographer with De Dansers. It immediately became an international hit. It hasbeen touring the world ever since, from Japan to Brazil.

Tetris ends with an interactive part. The children follow the dancers during the performance in all sorts of Tetris shapes, first on stage and finally out of the theater, into the wide world. 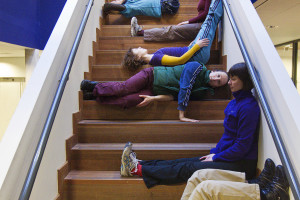 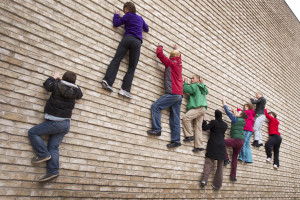